I was born in London UK, brought to Canada at a young age, and raised in the suburbs of Montreal. 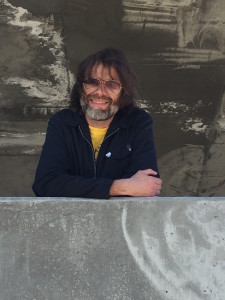 My sporadic short fiction has appeared sporadically in various publications since 1992. I don’t write many short stories at all. However, there are reams of unpublished material in my basement, including a manuscript handwritten in pencil when I was nine. My fourth or fifth story to see print, Phallex Comes Out (ChiZine), was nominated for a Story South award for best on-line fiction of 2006. Shortly after, Filaria, my first novel, was published, also by CZP. Publishers Weekly gave the book a starred review, calling it ‘powerful’ and ‘beautifully written’. My second novel, The Fecund’s Melancholy Daughter, also got a starred review from Publishers Weekly and was short-listed for the 2012 CBC Bookie Awards. I have a BA in Creative Writing, from Concordia University. In 1995, I attended the Clarion SF workshop at Michigan State. (Kelly Link and Nalo Hopkinson were in my session; Chip Delany was a prof!) For a few years, I lived in Poland with my family and I spent some time in LA. By day, I work in the aerospace field. I like punk rock. Not a big fan of rudeness. My third novel, Head Full of Mountains, was published in July 2014, and long-listed for the Sunburst award. My collection of those few published stories, Broken Sun, Broken Moon, just came out, and was also long-listed for the Sunburst. Currently working on a book called, possibly temporarily, A Colourful Shore. No idea yet what it’s about– so far there’s flying machines and seamonsters and portals up to heaven.